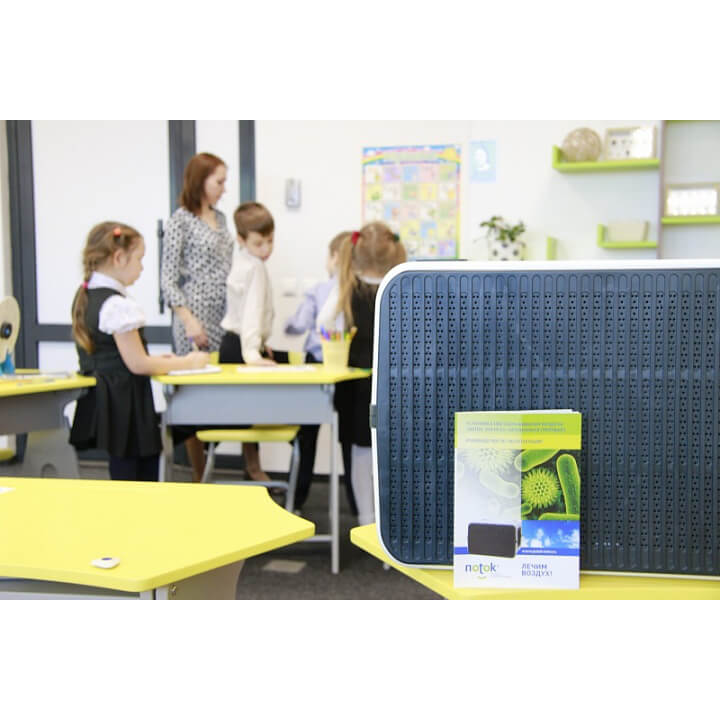 On February 10, 2016 “Potok Inter” Research and Production Company JSC, developer of the innovative technology and producer of the “Potok” patented professional equipment for air sanitation, and Innopolis University, the first Russian university focused on Information Technology, have signed the agreement on cooperation that implies a free of charge fitting of the University with air sanitation units in order to provide safe learning environment.

In light of complicated epidemiological situation in many countries of the world, including Russia, (in particular, the outbreak of AH1N1-2009 influenza virus and other), the flue prevention issue is quite urgent, specifically at the educational institutions. According to the Federal Service for Surveillance on Consumer Rights Protection and Human Wellbeing, 1627 schools in 57 regions and 212 pre-school childcare facilities in 35 federal subjects were closed due to disease outspread in early 2015. Over 800 general education institutions, 602 pre-school childcare facilities and 15 boarding schools had been under quarantine because of increased ARVI and flu epidemic threshold in early 2016.

Statistically, the adults generally fall sick from influenza or ARD twice a year, children at the age of 6-16 tend to get sick more than three times, while children under 6 years old – up to 6 times. The major disease factors in the educational institutions are as follows: pathogenic microorganisms in the atmosphere, including new dangerous infections, sick people and infection carriers, lack of air sanitation and purification systems at pre-school childcare facilities, schools and higher education institutions. Thus, Health and Hygiene Rules and Standards 2.4.2.2821-10 do not imply that school premises shall be fitted with ventilation systems and air sanitation units, except for regular aeration of premises. Meanwhile, the France government has adopted a national law on the air sanitation units installation in pre-school facilities.

In order to provide safe learning environment, Innopolis University, the intelligent heart of a new city and a Russian university focused on education and research in the field of IT, will be fitted with the “Potok” air sanitation unit.

Unique technology applied for the air sanitation purpose in space (used at ISS since 2002 and by NASA since 2009) will help to reduce the number of sick people, eliminate particles of fine dust from the atmosphere, cut down allergic agents and viruses (including influenza virus), improve general well-being of people suffering from allergy and asthma. The "Potok" technology applied on a global scale will help to reduce the risk of distribution of seasonal, socially important and special danger infections among people.

Director of Innopolis University, Kirill Semenikhin, noticed: “Comfortable and safe learning environment is one of the top priorities of the innovative university. Meanwhile, safety and comfort include more than just fire and disaster prevention for people involved in the education process but the clean air environment as well. To create an efficient complex safety system we shall consider all the factors at once. For us it is of utmost importance to train high-qualified professional using cutting-edge technologies, including those in the sphere of air sanitation, for instance, Russian front-end technology "Potok"”.